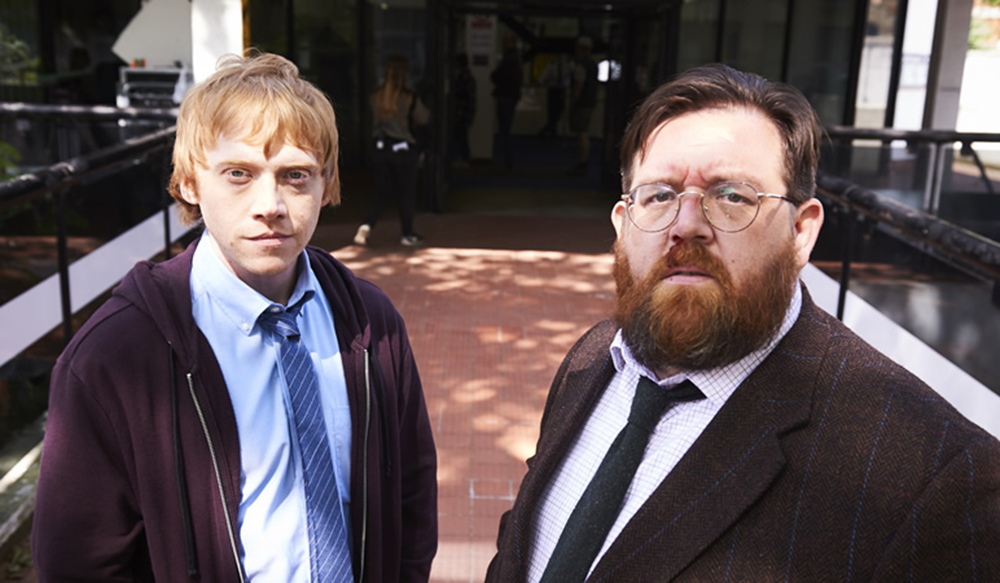 SICK NOTE is a farcical comedy drama about how lying can get you into trouble, and how desperate a person’s actions can become when their lies are about to be uncovered. Loveable loser Daniel Glass (RUPERT GRINT) is about to lose his girlfriend, home and job. But when he’s misdiagnosed with a terminal illness, his life is turned around – everyone is there for him, even his malicious boss Kenny West (DON JOHNSON).

Misdiagnosed by the incompetent Dr. Glennis (NICK FROST) Daniel is forced to perpetuate the lie to cover his tracks. But before long, Daniel and Dr. Glennis find themselves falling deeper into the twists and turns of their own deception.

Transmission: Tuesday 7th November 2017 at 10pm on Sky One