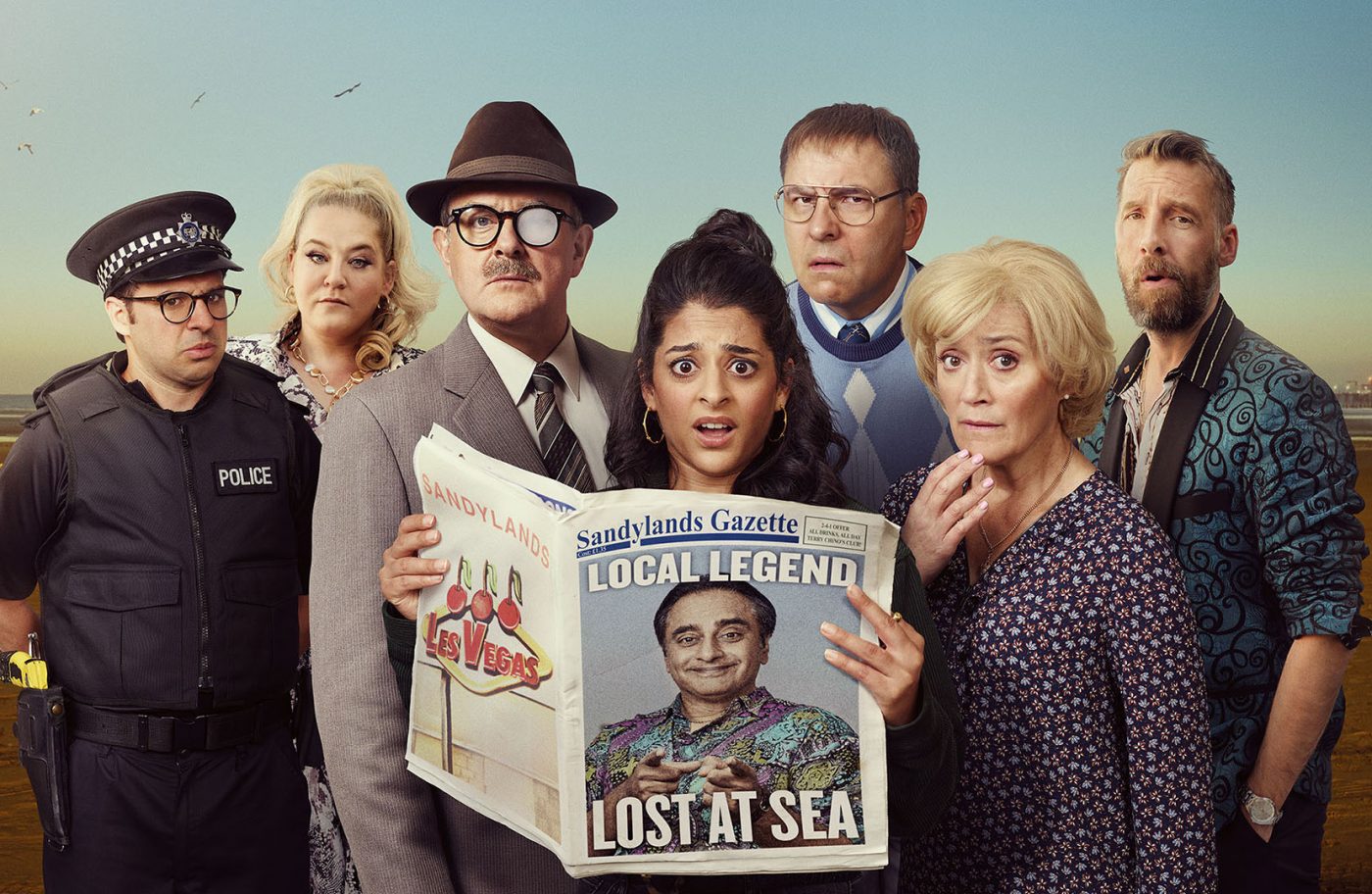 SANDYLANDS is written by Martin Collins and Alex Finch for GOLD and King Bert Productions.

27-year-old Emily Verma is living the high life (or so she tells herself) in London, having escaped the clutches of Sandylands – her seaside hometown where her semi-estranged father Les Vegas remains a local celebrity as arcade owner and self-proclaimed ‘King of the Strip’. However, when this neon-encrusted ‘jewel of the north’ becomes headline news after a bloodied pedalo is washed ashore – a pedalo last hired by Les – Emily is forced to make a reluctant visit home, where she quickly discovers that all is definitely not what it seems in her old stomping ground.

Nominated for Favourite Comedy at this year’s TV Times Awards. For full line up and to vote, visit https://www.whatsontv.co.uk/news/tv-times-awards-2020-634577/