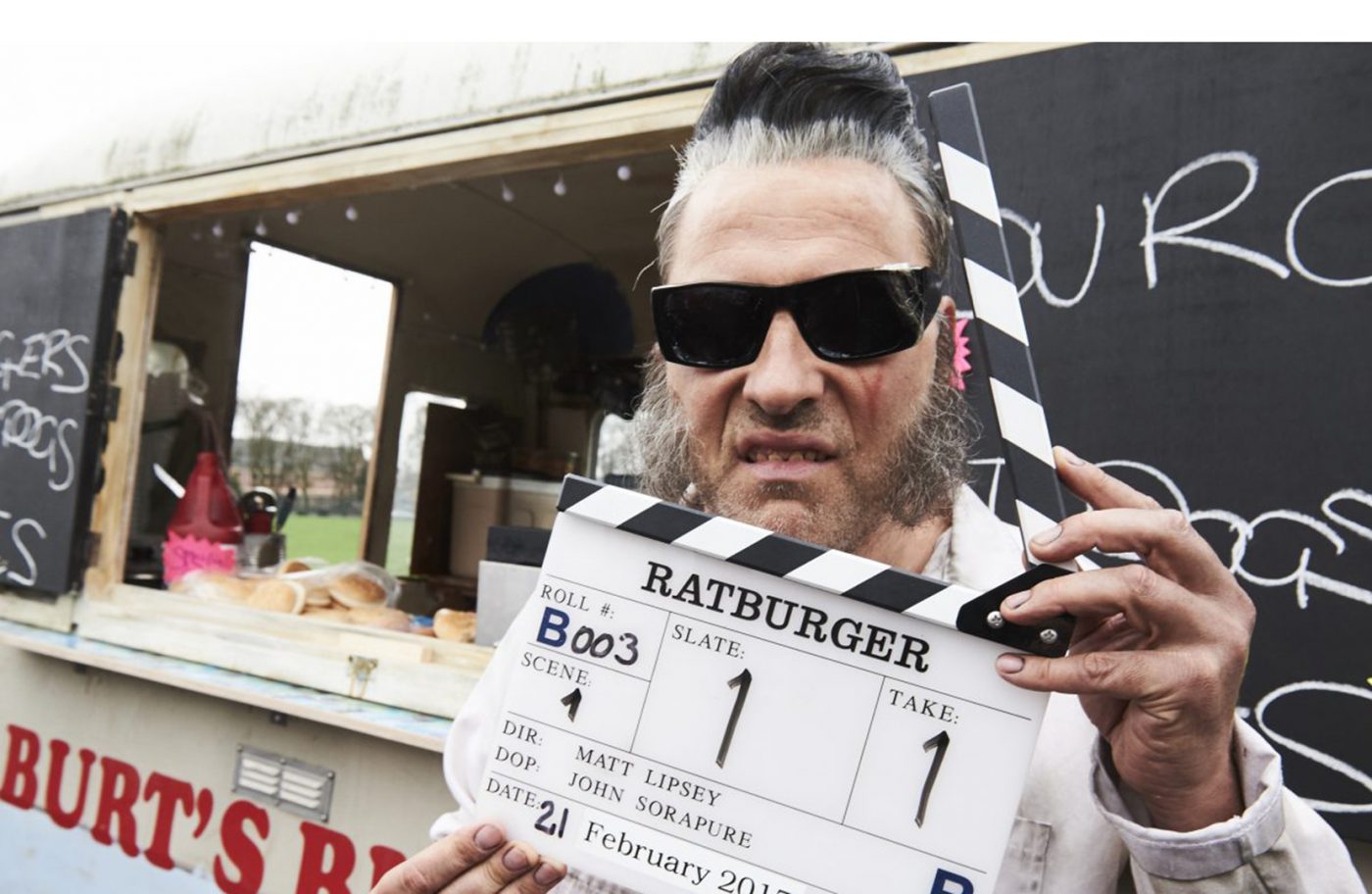 RATBURGER is the story of Zoe (Talia Barnett), a young girl with a stepmother (Sheridan Smith) that despises her and a dad (Mark Benton) who’s never around. When Zoe discovers a baby rat in her bedroom, she names him Armitage and they quickly become firm friends, especially when she discovers that Armitage is no ordinary rat – he’s a rat that can dance. Zoe wants to show off her rodent pal’s skill at the school talent show but her stepmother and shifty burger man Burt (David Walliams) have other ideas, which include throwing Armitage into the mincer and putting rat burgers on the menu.

RATBURGER is the fifth of David Walliams’ books to be adapted for television.

Transmission: Sunday 24th December at 6pm on Sky One