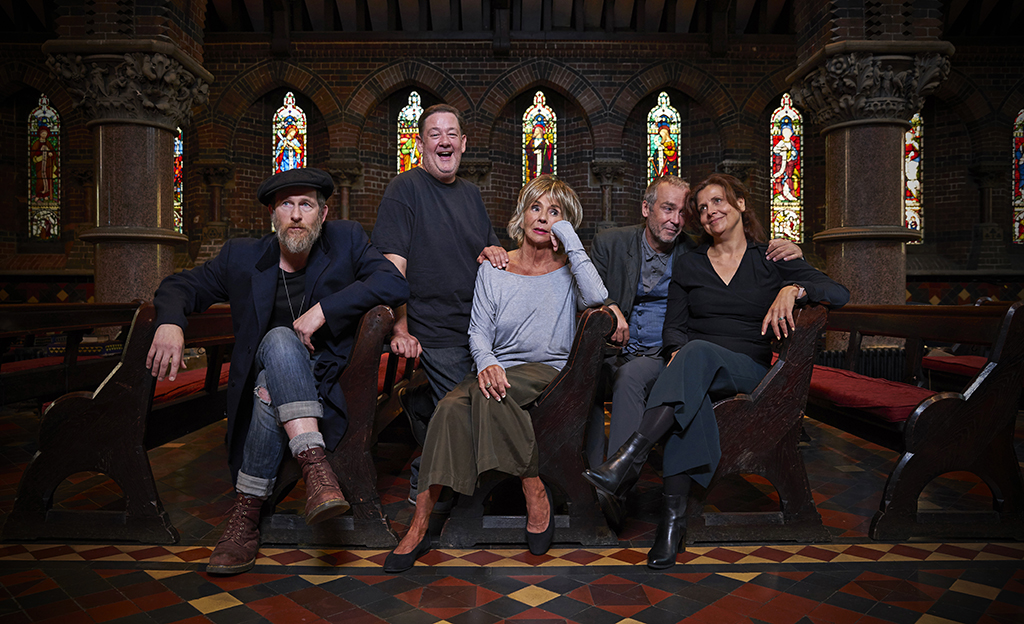 Love in Recovery follows the lives of five very different recovering alcoholics. Johnny Vegas is Andy, the sweet but simple self-appointed group leader. Sue Johnston plays straight talking Julie, who’s been known to have the odd relapse here and there – and everywhere. Rebecca Front is the snobby and spiky Fiona, an ex-banker who had it all and then lost the lot. John Hannah is Simon, a snide journalist who’s not an alcoholic – he got caught drink driving, his boss made him attend the meeting, but he fell in love with Fiona and stayed – and despite her best efforts, she fell in love with him too. Paul Kaye is Danno, a down and out two-bit chancer with a shady past but a lot of heart, who’s desperate to turn his life around.

As we follow their weekly meetings, we hear them moan, argue, laugh, fall apart, fall in love and most importantly, tell their stories. And in series three, the group faces bigger highs and lows than ever before.

Writer Pete Jackson is a recovering alcoholic and has spent time in Alcoholics Anonymous. It was there he found, as most people do, support from the unlikeliest group of disparate souls, all banded together due to one common bond. As well as offering the support he needed throughout a difficult time, AA also offered a weekly, sometimes daily, dose of hilarity, upset, heartbreak and friendship.

Love in Recovery doesn’t seek to represent an AA meeting exactly as it might happen in real life, but to capture the funny stories, the sad stories, the stories of small victories and of huge milestones, stories of loss, stories of hope, and most importantly, the many many highs and lows in the journey of recovery.